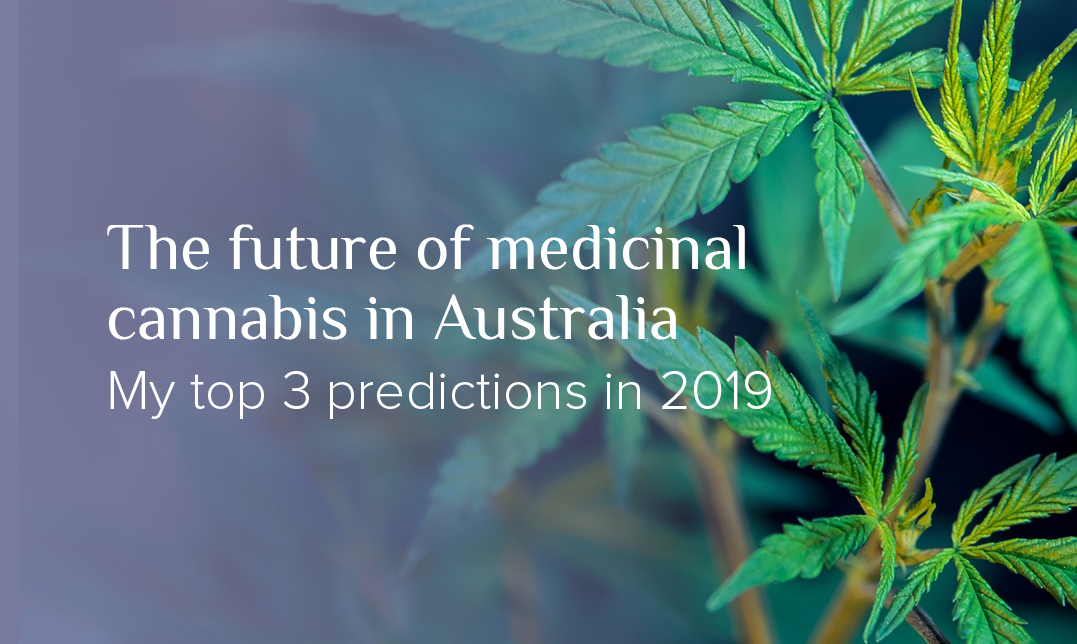 Australia is at a turning point in its medicinal cannabis narrative. The question is not whether the industry will continue to grow, but by how much. Here are my predictions for how the medicinal cannabis market is going to grow and change in terms of patient numbers, cultivation, and employment before the end of the year.

The number of patients approved for medicinal cannabis prescriptions in Australia has accelerated rapidly over the past year.

In order prescribe medicinal cannabis products, doctors must first apply for approval from the Therapeutic Goods Administration (TGA). A new application must be made for each patient, and each product used by each patient. In other words, one patient will need multiple applications to access multiple products.

Up until March 2018, there were less than 100 TGA approvals per month for medicinal cannabis, but by the end of February 2019, the TGA was approving over 1,000 patients per month. This is a massive increase in patients in a concise period. My company, Cannvalate, now accounts for over 30% of the total prescriptions written in Australia, and we expect this to grow substantially.

I predict that by the end of 2019, there will be 25,000 to 30,000 patients who would have been approved by the TGA for medicinal cannabis. I also think that as new research emerges and companies continue to develop new products, Australia will have a total addressable market of 200,000 patients who could potentially benefit from using some form of cannabinoid drug.

Medicinal cannabis was legalised in Australia in 2016, and the first growing licence was issued to Cann Group a year later. However, so far, none of the companies licenced to cultivate and manufacture medicinal cannabis in this country have been able to turn it into a final product on a large scale. While cannabis itself is easy to grow, achieving the quality required to turn it into a pharmaceutical-grade product that meets strict government standards is quite tricky.

Once producers finally hit this milestone, they will need to start reducing the cost of manufacture. Currently, the cost of production in Australia is 10 to 15 times higher than overseas. It’s impossible to be competitive at and create efficiencies which would allow us to compete in the export markets. Whoever can produce the product at the lowest cost per gram is going to win the biggest share of the market. By the end of the year, I think we’ll be seeing local producers adopting more efficient manufacturing practices, as well as the first crops that make their way to the market.

We are already seeing producers moving away from growing indoors in industrial warehouses to building industrial-sized glasshouses similar to those used to grow tomatoes in South Australia. Capturing sunlight creates vast savings on electrical costs, which will go a long way towards becoming cost efficient.

The industry will grow to support 5,000 jobs

Believe it or not; Australia is the fourth largest medicinal cannabis market in the world. But in spite of this, only a handful of the top Canadian companies have invested in the Australian market. Since legalising recreational cannabis use in October, Canada has been struggling to meet the demand of not only hundreds of thousands of medicinal cannabis patients, but also millions of recreational users.

Now that Canada’s cannabis shortages have been resolved, the nation has set its sights on the global market. My last prediction for 2019 is that by the end of the year, the number of international licensed producers operating in Australia will grow fivefold and the industry as a whole will create 5,000 jobs across horticulture, science, pharmaceuticals, and medical practitioners.

The state governments understand the economic power of the medicinal cannabis industry, and that’s why they’re competing for the attention of international companies and offering generous subsidies in attempts to lure them into setting up facilities here. They know that it will create jobs and boost the local economy.

Lowering the barrier to entry will be vital in securing new international investment in the Australian market. That’s one of our goals at Cannvalate – reducing the friction so that producers can get their products to market as quickly as possible. We recently bought over 100 acres of farmland in the south-east of Melbourne where we plan to build our own cultivation hub that will be leased to international producers so they can accelerate their entrance into the local market.

We have also recently welcomed, Andrew Gaudry, to the Cannvalate team. Andrew will lead our Canadian operation, educating and guiding Canadian LPs on how they can access our turnkey solutions for accelerating their access into the Australian market including, cultivation, medical market access, clinical research, and compliance & listing.

There’s no doubt that Australia’s medicinal cannabis industry is going to keep growing exponentially this year. What remains to be seen is which of the many players will be the breakthrough success.