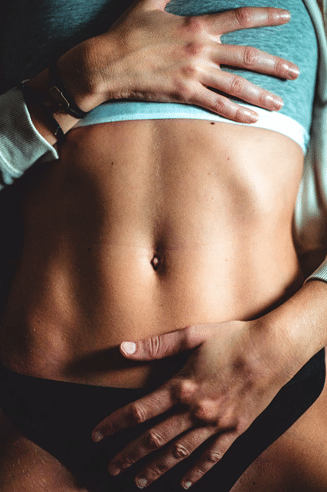 What is Inflammatory Bowel Disease?

Inflammatory bowel disease, or IBD for short, refers to a group of conditions such as Crohn’s disease and Ulcerative colitis. Both conditions are chronic relapsing disorders and show great variability in their symptoms, severity and associated complications. Their aetiology is not well understood and it has been suggested that there are both genetic and environmental components.

The most significant effect with IBD in children is growth retardation; this can occur even in mild forms of the disease and can lead to permanent short stature.

Current treatments can be quite effective for IBD, but some patients may still lapse in and out of symptoms with these conditions, and sometimes worsen enough to need surgery or removal of part of their gut.

How is Inflammatory Bowel Disease Treated?

Reports within the medical literature document self-treatment with complementary and alternative medicines by people with IBD. Patients choosing alternative treatment should be counselled about potential problems like direct toxicity of some herbal remedies, deliberate contamination of products and lack of regulation of, and consistency between, products and possible drug interactions between herbal and conventional drugs.

During an acute attack of IBD, drug therapy is intended to induce remission and, in practice, is often continued. Some patients never experience complete freedom from symptoms and are said to have chronic active disease, and the majority of these patients eventually require surgical intervention. Factors that determine treatment choice are the: site of disease, pattern or extent of disease, and disease activity.

How can cannabis oil and/or CBD oil assist with managing inflammatory bowel disease?

The endocannabinoid system, or ECS (discussed in more detail in this article) is a way our bodies communicate with itself.  Endocannabinoids, compounds made by this ECS, act in helping control various parts of the body, including the nervous system and immune system.  In the gut, this means endocannabinoids may be able to affect how it functions and how it responds to painful sensations.

The cannabis plant contains active ingredients called cannabinoids.  These cannabinoids, which are also the main ingredients used in medicinal cannabis, can act on the ECS just like the body’s own endocannabinoids. In this way, cannabinoids can potentially change how different parts of the bodywork, including the gut.

At present, the evidence isn’t conclusive to say whether cannabinoids are beneficial or not for IBD. In some lab-based studies, there are indications that some cannabinoids may reduce inflammation or pain.  One study in people found a significant difference between patients being treated with cannabis against those on a placebo – in terms of their symptoms related to Crohn’s disease, and improvements to their Crohn’s Disease Activity Index.

Along with the many anecdotal cases of significant improvement in patients’ IBD symptoms from patients, hopefully in the near future, there’ll be more studies and information to guide how cannabinoids might be best used in this complicated disease.

In the future, it will be important for us to find out whether medicinal cannabis is effective for IBD symptoms as well as control of the disease as well.  For that reason, it is important to have a discussion about this form of treatment with your doctors before considering this therapy.

Clinical research papers on IBD and related conditions can be found here: