Australia on a high in cannabinoid research 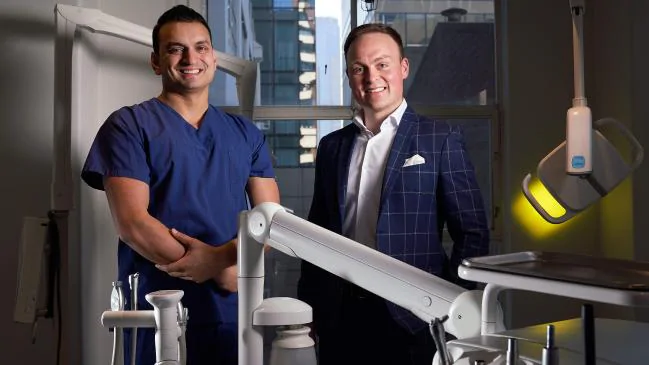 Most people in the cannabis sector are “bankers, brokers or stoners”, according to industry expert Sud Agarwal, but new drug research under way in Australia is looking to change that.

Dr Agarwal, the chief medical officer for Australian-listed Impression Healthcare, said while some people were in the cannabis space to make a quick buck, others like himself were in it to make important drug discoveries.

“Australia is front and centre to be the lead place globally for novel cannabinoid research,” he said.

There are about 20 listed cannabis stocks on the Australian market and about 180 listed in Canada, with 27 licensed producers in Australia and more than 200 in Canada.

Dr Agarwal said all except a handful would be selling generic cannabis rather than products that were targeted at a specific condition.

“We know from the pharmaceutical world that the tablet you take to treat arthritis is not the same you take to treat epilepsy. There’s more science to it,” Dr Agarwal said. “This is the beginning of Cannabis 2.0 where we are going to have specific products for specific diseases where the dose has been measured and it won’t be ‘take as much as you need’, as has been the case in Canada.”

Dr Agarwal joined the board of Impression Healthcare in July when he also took on the chief medical officer role. He is also the head of Cannvalate, which is Australia’s largest network of medicinal cannabis-prescribing doctors. Cannvalate has a partnership with Swinburne University in Melbourne, the Medical Cannabis Research Collaboration, which is conducting four clinical trials for Impression Healthcare.

Dr Agarwal said Australia could lead in the medicinal cannabis trial space, given the length of time and regulatory hurdles in other markets.

He said that in the US, the Drug Enforcement Administration had banned cannabis research unless it had issued an exemption permit.

In Canada, a federal government exemption permit is needed to do cannabinoid research, which can involve a 20-month application process.

“There are some third world countries that have legalised it but they don’t have robust universities and medical schools,” Dr Agarwal said.

“Australia is front and centre to be the lead place globally for novel cannabinoid research.

“We have a system where to get a drug to investigational drug level, there is an accelerated pathway. We also have a special access scheme allowing us to prescribe cannabinoid products to Australian patients immediately without having to do a lot of testing.”

Impression Healthcare is conducting a trial for a product for traumatic brain injury.

“Many fighters who box or do mixed martial arts use cannabinoid products immediately after a fight to prevent secondary brain swelling that can cause damage to the brain,” Dr Agarwal said.

“The product being trialled imitates that in a more legitimate, legal, prescribed format to cross the blood/brain barrier, hit the brain and stop that secondary brain injury that is occurring after a traumatic head injury.”

The targets Impression Healthcare is examining also include sleep apnoea and gingivitis. The outcomes of the four clinical trials are expected before the end of the year. The company already has the relevant licences and approvals to distribute, import and export medicinal cannabis. Dr Agarwal said that although the focus was on proving up the drugs to a commercialised product, approaches from big pharma were likely.

“It is not uncommon where we do the pre-clinical testing and basic clinical validation of lead candidates, then once they are ready for large-scale clinical trials, big pharma will typically jump in,” he said.

Impression Health chief executive Joel Latham said the company could clinically validate the products it was developing and have a ready-made distribution network through Cannvalate’s extensive coverage of the Australian market.

“Cannvalate account for 30 to 40 per cent of all cannabis prescriptions in the Australian market, have more than 1000 doctors in their network and more than 600 pharmacies,” he said. Impression Healthcare, which develops oral devices such as specialised mouthguards, moved into the cannabis space because of synergies between the products.